We use our own cookies as well as third party cookies to improve your experience and services by analyzing the navigation on our website. If you continue browsing, then we consider that you accept their use and information. 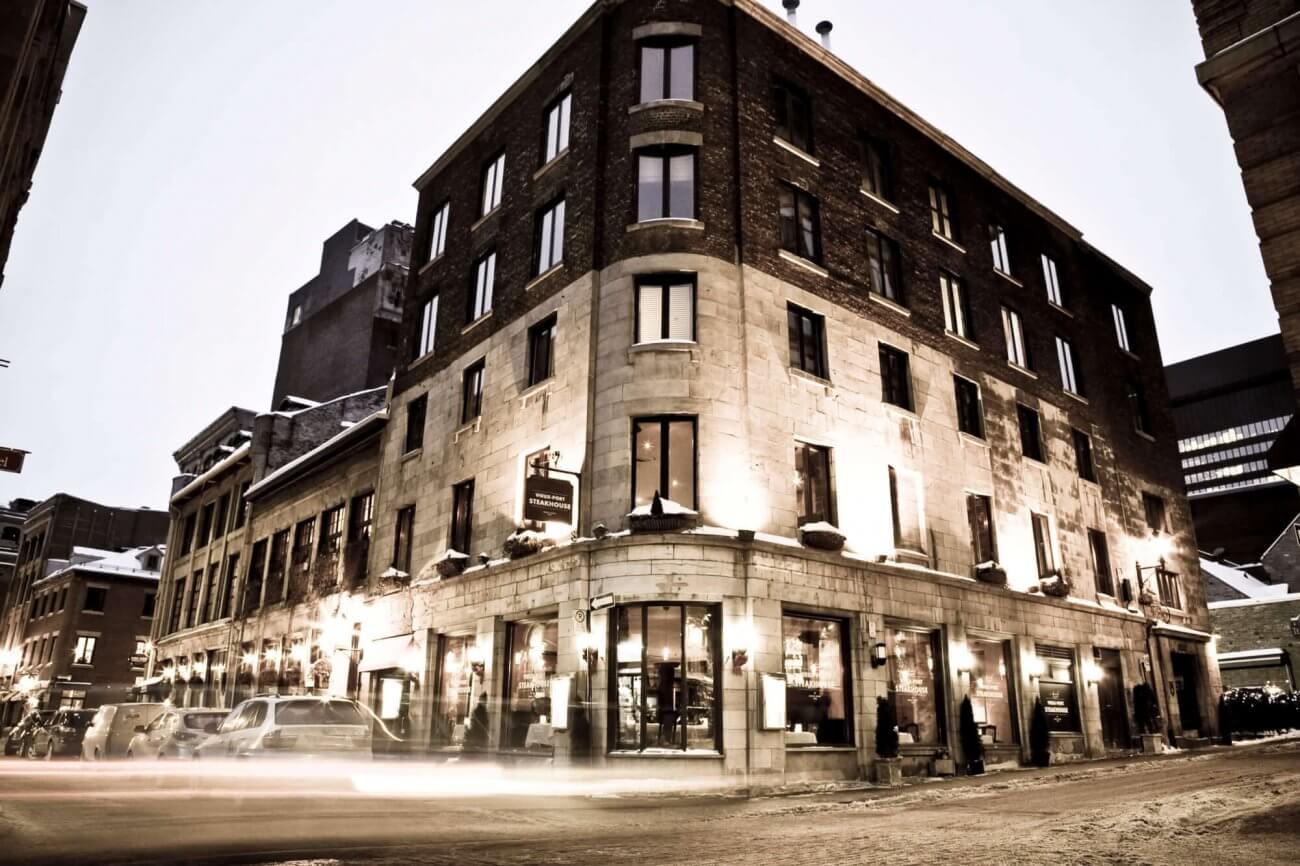 Located on one of Montreal’s oldest streets dating back to 1672, the building was built for mixed commercial and residential use in 1835. Sailors working in the port sought accommodation there until the late 1840s. Later on, a hardware store opened and became the main commercial activity in the building around the late 1940s.

From 1960 to 1970, a tourist-oriented restaurant operated on the ground floor, with various offices (production house, graphic designers, etc.) located above it. In 1982, the building was bought by the Antonopoulos family and in 1983, it became the Vieux-Port Steakhouse.

Since 2012, the building has been protected under Quebec’s Cultural Heritage Act due to its historic and architectural value. In 2018, the magnificent terrace surrounded by stone walls was completely redeveloped into a remarkable courtyard garden, covered with greenery and flowers. An outdoor bar was also built to create the ideal atmosphere for a well-deserved happy hour drink with friends.

Following the government's announcement regarding Covid-19, we have made the decision of closing temporarly.

Some of our partner restaurants are still open for take out or delivery orders! Check out the following link to find out more!